Lower airfares contributed to more than four billion passengers around the world taking to the skies in 2017, new figures suggest.

Around the world, revenue passenger kilometres (RPKs) rose 7.6% year-on-year in 2017, according to the International Air Transport Association (IATA), the association representing some 280 airlines and 83% of traffic around the globe.

While the outlook for 2018 looks strong, rising fuel costs are putting pressure on prices. Even so, 86% of survey respondents believe passenger numbers will increase – the highest figure for more than a decade.

International passenger traffic soared 7.9% annually, with all but the Middle East region seeing higher growth in 2017. It was led by Asia-Pacific and Latin America. IATA Director General and Chief Executive Officer, Alexandre de Juniac, says, “While the underlying economic outlook remains supportive in 2018, rising cost inputs, most notably fuel, suggest we are unlikely to see the same degree of demand stimulation from lower fares that occurred in the first part of 2017.

“Last year, more than four billion passengers used aviation to reunite with friends and loved ones, to explore new worlds, to do business, and to take advantage of opportunities to improve themselves. The connectivity provided by aviation enables goods to get to markets, and aid to be delivered to those in need.

“Aviation truly is the business of freedom, liberating us from the restraints of geography to lead better lives. Aviation can do even more in 2018, supported by governments that recognize and support our activities with smarter regulation, fairer taxation, cost efficient infrastructure and borders that are open to people and trade.”

For the first time since 1994, Asia-Pacific carriers posted top annual demand growth. The 9.4% increase was thanks to robust regional economic expansion and an increase in routes. Capacity rose 7.9%, and load factor climbed 1.1% to 79.6%. In total, Asia Pacific carriers flew more than a third (34%) of global volumes.

Latin America one to watch

Latin American airline traffic was just behind with 9.3% growth in 2017, the fastest rate since 2011. However, this weakened towards the end of the year, owing to the severe hurricane season that also affected travel to the United States. Capacity rose 8.0% and load factor 1% to 82.1%, second highest among the regions.

Rising demand was reflected elsewhere, with low-cost UK and European carrier Flybe reporting an 8.1% rise in passenger numbers to 2.3million in the last three months of the year.

Budget airline Wizz Air, saw even faster growth, with passenger numbers in the final quarter of 2017 rising by almost a quarter (24%) to 7.1million.

The Hungarian-based airline generated a record profit of €14million in the three months to December 31, with revenue up 24% to €422.9million.

The Wizz Air fleet increased to 88 aircraft, with 146 new-generation Airbus A320s on order. It plans to base seven aircraft at Luton airport this year after acquiring additional slots following the collapse of the Monarch airline.

Traffic on Middle East carriers rose 6.6% in 2017, but it was the only region to see a slowdown in annual growth compared to 2016. At the same time, its share of global traffic (9.5%) fell for the first time in 20 years. Fights to/from North America were hit the hardest, owing to the temporary ban on large portable electronic devices in the aircraft cabin and US travel bans affecting some countries in the region. Capacity climbed 6.4% and load factor rose 0.1% to 74.7%.

African airlines saw 2017 traffic rise 7.5% compared to 2016. Capacity rose at less than half the rate of demand (3.6%), and load factor jumped 2.5% to 70.3%. While indicators in South Africa are consistent with falling economic output, Nigeria has returned to growth, helped by the recent rise in oil prices.

North American airlines had their fastest demand growth since 2011, with annual traffic rising 4.8%, despite new immigration and security restrictions and the end-of-year hurricanes. Capacity climbed 4.5%, and load factor edged up 0.3% to 81.7%.

Growth in Japan rose 5.8%, the fastest full year of growth since 2013, driven in part by the country’s stronger economy. Meanwhile, the popular Google Flights app is aiming to predict airline delays even before they are officially announced.

Google Flights will analyse historical data and employ algorithms to predict delays before official announcements. It will also provide reasons for the delays, such as bad weather or an aircraft arriving late.

The app will only flag potential delays when it is at least 80% confident in the prediction. Whatever predictions are made, travellers are always advised to arrive at airports in good time for their flights.

Google Flights will also provide more details about cut-price fares, including restrictions on using overhead space and extra fees for baggage and seat selection. It is initially doing so for American, Delta and United flights worldwide. 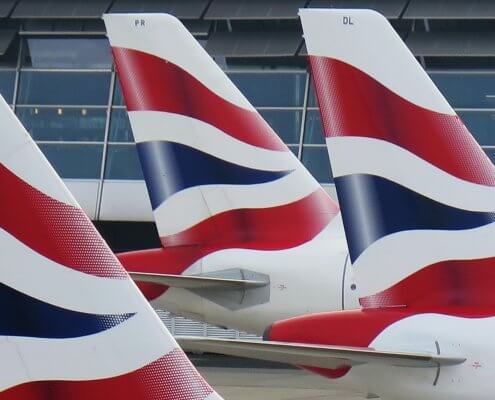 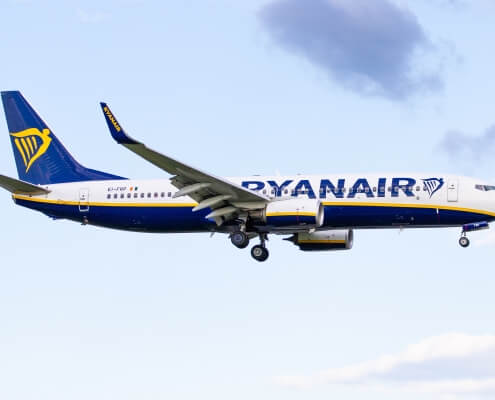