The EU and the UK have said they are committed to reaching an agreement before the deadline, but both sides remain far apart on trade objectives and have accused the other of refusing to engage on fundamental issues.

The UK continues to shun the EU’s demands for a level playing field, as it undermines their pursuit for total autonomy, while the EU opposes the EU’s stance on fisheries. The EU and the UK are also at odds over matters of law enforcement cooperation, governance, environmental regulations and state aid. Expectations for Brexit talks over the next six months

According to a UK official, the Prime Minister wants to speed up the progress on Brexit negotiations to provide businesses with certainty before the year-end deadline.

They say Mr Johnson will reiterate the UK’s ambition for a free trade agreement but will also ensure the EU is aware that the UK is not afraid to trade on World Trade Organisation (WTO) terms if a deal cannot be reached.

Investors are hopeful that today’s talks will give meaningful impetus to discussions and Mrs von der Leyen has insisted that she wants to “inject fresh momentum” into the negotiations.

However, this has been a familiar pattern in negotiations as leaders give promising statements, but talks conclude in an impasse as negotiators remain resolute on their relative objectives.

The EU and the UK will have to compromise on some issues if they are to reach an agreement by the end of the transition period.

In efforts to bolster progress on post-Brexit trade, the EU and the UK agreed to intensify talks. Weekly face-to-face discussions have been scheduled over five weeks between June 29th and August 2nd, in the format of formal negotiations and smaller group meetings.

According to the Withdrawal Agreement, the EU and UK have until the end of June to extend the Brexit transition period, but the UK government has long rejected the idea. Last week, the UK formally refused, and the EU publicly accepted the UK’s “no” as definitive.

With six months left to negotiate and determine the UK’s future relationship with the bloc, Downing Street hopes that the upcoming in-person meetings will bridge the gap between the UK and the EU’s differences.

But without compromise – on both sides – there will be no deal, and the UK and the EU will be trading under WTO rules, which would lead to a breakdown in cooperation across a range of areas including aviation, security and exchange of data.

In the current economic climate, with countries exiting coronavirus lockdowns and economies reopening, neither the UK nor the EU would want to lose its most significant and closest trading partner.

Europe reopens its borders, but Britons are banned from some countries

The aviation industry is one of the worst-hit by the coronavirus after lockdown measures imposed to stem the spreading of infection closed borders and triggered a collapse in travel demand.

However, on Monday, several airlines returned to the skies as Europe reopened its borders to holidaymakers in the most substantial lifting of lockdown restrictions since the World Health Organisation (WHO) declared the outbreak a pandemic.

In Europe, travellers will be able to freely move between the 22 EU states in the Schengen area, excluding Spain and Malta, who are maintaining restrictions until late June, early July.

EasyJet to relaunch 310 flights amid a relaxation of travel restrictions

After ceasing operations and grounding all their fleets in late March, easyJet relaunched flights from 22 European airports on Monday. Although most of the flights operating today are domestic, easyJet conducted international courses from France, Italy, Portugal and Switzerland.

The first flight from the UK took off from London Gatwick at 07:00 for Glasgow.

The low-cost airline will relaunch 310 flights this week across their European network, which will see fleets leave from Bristol, Birmingham, Edinburgh, Glasgow, Inverness, Liverpool, London Gatwick, Newcastle and Belfast in the UK.

According to CEO Johan Lundgren, easyJet hopes to eventually operate around half of its 1,022 flight paths in July before increasing to approximately 75% by August.

Although the UK is still an EU member, EU states are extending the ban on British travellers or maintaining their respective quarantine policy on UK arrivals, in response to Britain’s own measures. Spain confirmed that they would not permit British travellers until June 21st.

International arrivals into the UK will have to provide authorities with their accommodation address and be subjected to a mandatory 14-day social isolation period. 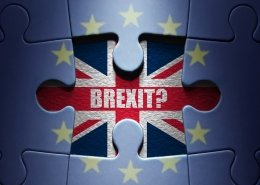