According to the Office for National Statistics (ONS), the UK unemployment rate beat consensus forecasts of 5.2% and fell to 5% in the three months to February.

Simultaneously, the number of employees on payroll increased for the third consecutive month, with the furlough scheme’s extension and the UK’s rapid vaccine rollout being cited as the reason for the positive figures.

Although the number of employees on payroll remains nearly 700,000 lower than pre-pandemic levels, the latest data revealed that the UK labour market is beginning to stabilise.

However, the decrease was the largest recorded since the May to July quarter in 2009, with ONS data showing that men accounted for the most significant proportion of unemployed.

The statistics also delivered bleak information on unemployment trends as of the decrease; almost two-thirds of those unemployed were under 25s. At the same time, over half had been employed in the hospitality sector, and one third had come from London.

Although separate data showed that the number of young people in full-time education had hit a record high, under 25s made up 63.1% of total jobs lost since the pandemic began in March. Six in 10 staff removed from payroll were under 25

According to the ONS’s latest unemployment figures, of the hundreds and thousands of people unemployed in Britain, under 25s accounted for more than 60% of total redundancies.

While young people appear to be using this time to upskill by returning to full-time education, it’s clear that concerted action needs to be taken to ensure that youth unemployment doesn’t spiral once Chancellor Rishi Sunak’s furlough scheme ends in September.

Sam Windett, Director of Policy at Impetus, said: “UK Prime Minister Boris Johnson must deliver on his promise to support young people with education, training or work, and if they have been unemployed for more than six months, guarantee them a job or training position.”

Sam Windett added: “After one year of lockdown, we can’t wait any longer before delivering this much-needed support.”

UK Chancellor Rishi Sunak has also responded to the latest labour market data and reiterated his pledge to keep support in place to protect and created jobs amid the coronavirus crisis.

Mr Sunak noted that the UK’s jobless crisis was easing and said that the Treasury had taken “decisive action with a GBP 352BN support package” and by extending the furlough scheme until September.

Meanwhile, Laith Khalaf, financial analyst at AJ Bell, said that Britain has not suffered sharp spikes in unemployment compared to other countries and commended the ton of government support that has been pumped into the UK labour market.

Mr Khalaf said that while a large majority of the business workforce is on leave, “the UK labour market is showing some signs of resilience in the face of COVID-19.”

He added that with the furlough scheme winding down in September and UK Prime Minister Boris Johnson’s lockdown exit roadmap well underway, worst-case scenarios for the unemployment rate are “slowly coming off the table.”

According to separate data, approximately 4.7 million employees are on furlough, with a disproportionate number of workers claiming under the Job Retention Scheme coming from the hospitality industry.

While the number of people on furlough has ticked higher in 2021, many businesses are expected to start hiring as COVID restrictions wind down and the UK economy reopens.

However, some UK firms will continue to struggle post-COVID, especially if coronavirus lockdown restrictions are extended.

New research reveals that UK tech jobs have slumped by 75% in the past year, while retail jobs, having decreased by 67,000, are at the lowest figures since 1999.

Chief Executive of the British Retail Consortium (BRC), Helen Dickinson, has already warned the UK government that thousands of jobs in the retail sector will be at risk if a fourth lockdown is introduced. BRC boss Helen Dickinson told the UK government that they must take all the necessary precautions to prevent a future lockdown as this would result in more retail jobs and shops lost.

The Chief Executive said: “Retailers are working incredibly hard to ensure stores and operations are safe and ready for reopening. It is essential that when retail reopens, it remains open if it is to unlock the demand which will kickstart our economic recovery.”

While the Chancellor’s furlough scheme would cushion the blow of another lockdown, any delays to the Prime Minister’s roadmap would inevitably trigger another wave of job losses as many stores are already on the brink of collapse.

According to a survey conducted by the Fighting Back for Business (FBB) campaign, one-third of small and medium-sized businesses (SMEs) are worried about their futures.

The survey also revealed that most small businesses that had taken out emergency COVID business loans to survive the pandemic would fall through unless the UK government scraps repayments.

According to the FBB, 25% of small businesses surveyed had seen their balance sheets reduced by up to GBP 100,000 since the pandemic began.

When asked if Mr Sunak’s new “pay-as-you-grow” initiative will help alleviate burdens, only 5% of survey participants said it would not increase the amount of interest they would be forced to make on repayments.

So, while the recent data from the ONS has offered a glimmer of hope, it’s clear that there is still a significant amount of uncertainty hanging over the future of the jobs market as businesses continue to feel the strains of the pandemic.

Pound Sterling (GBP) gains this morning have also proven to be tentative as the UK currency is trading lower against a host of major currencies heading into the North American session.

The UK’s better-than-expected unemployment data has done little to drive pound Sterling (GBP) exchange rates higher in the wake of positive economic signals from the US and growing concerns over vaccine shortages in Britain.

As we head into New York trading hours, the British pound to US dollar (GBP/USD) exchange rate is trading at USD 1.3778 , and the greenback could gain further support in the coming weeks if growth differentials between the US and the UK widen.

However, with the EU’s recovery outlook darkening due to its laggard vaccine rollout and third wave of COVID infections emerging across the continent, pound Sterling (GBP) should remain relatively well supported against the euro (EUR).

The British pound to euro (GBP/EUR) exchange rate is currently fluctuating around EUR 1.15. Still, with lockdown being extended and introduced across the bloc, any downside in the currency pair should be limited.

Even if the US economy’s vaccine-fuelled recovery acts as a tailwind for the greenback, this should open the door to pound Sterling (GBP) gains against riskier assets.

While this will also be dependent on whether UK Prime Minister Boris Johnson can resolve vaccine tensions with the EU, a stronger US dollar (USD) has already pushed GBP higher against riskier assets. 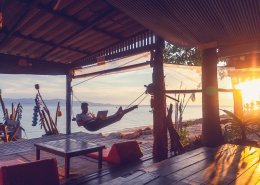 The UK labour market improved slightly in February and the unemployment rate fell back to 5%. One-third of small businesses are still in fear of going bust.
https://www.halofinancial.com/wp-content/uploads/2021/03/UK-unemployment-rate-beats-forecasts.jpg 426 640 Stephanie Wright https://www.halofinancial.com/wp-content/uploads/2020/12/halologo-1.jpg Stephanie Wright2021-04-15 15:51:512021-04-15 17:05:27UK unemployment rate beats forecast and falls to 5%