Chief Market Strategist at Longview Economics, Chris Watling, has called for a “great reset” to the global financial system.

In an article published by the Financial Times, Mr Watling noted that with the end of the COVID battle on the horizon and the global vaccination programme accelerating in pace, now is a good time for leading economies to devise a new international monetary order.

He suggested that policymakers from leading regions of the global economy should engage in negotiations and have an in-depth debate about the implications of bond yields and post-debt cancellation to construct a new financial system.

Chris Watling said that when establishing new international monetary order, it’s vital that policymakers include the possibility of recapitalising areas of the financial system.

Mr Watling went onto say that policymakers should implement a currency anchor to boost recovery, whether that involves tying local currencies to a digital asset or a specific type of electronic drawing right.

For years, central banks’ ability to create liquidity and new debt have been a significant source of economic inequality. Mr Watling insists that a liquidity anchor will resolve this issue by “healing divisions in western societies” and allow government bodies to become more reliant on productivity instead of debt.

His insight follows news that British business chiefs will be required to be more transparent about executive bonuses and dividends under new UK rules to crackdown on negligence. To reinforce the UK’s reputation as a world-leading destination for investment, Business Secretary Kwasi Kwarteng announced plans to crack down on the dominance of Britain’s “Big Four” audit firms – PwC, Deloitte KPMG and EY.

According to the Department for Business, Energy & Industrial Strategy, Mr Kwarteng will require large businesses to be more transparent about their finances and reflect on the level of responsibility that comes with the position to safeguard jobs and avoid failures.

Under the new UK rules, businesses could face hefty fines for a breach of trust or, in severe cases, such as withholding financial information or creating the opportunity for fraud, regulators could enforce a suspension.

Firms may also be expected to include a statement in executives’ contracts declaring that any bonuses paid to them will have to be returned if the company collapses or failings are made within the two years the individual received the dividend or bonus.

Business Secretary Kwasi Kwarteng said that the reform would improve corporate reporting quality and strengthen large businesses’ long-term success, which will be crucial to the UK economy’s recovery.

The UK economy has been devastated by the coronavirus pandemic, and massive fiscal stimulus packages have been produced to combat the pandemic, which has pushed UK public sector debt further into the red. On Friday, the Office for National Statistics (ONS) revealed the extent of damage COVID-19 had on UK public finances, with data showing that government borrowing hit GBP 19.1BN in February – the highest borrowing level for that month on record.

Chancellor Rishi Sunak responded to today’s figures, stating: “COVID-19 has triggered one of the largest economic shocks the UK has ever felt. He added: “The Budget details our plan to bring public finances to sustainable levels, but the Treasury’s GBP 352BN support package was the responsible thing to do to protect lives and livelihoods.”

However, Mr Sunak noted that the data confirms that the UK deficit is growing at a slower pace than expected, adding to optimism over the economy’s recovery outlook.

During Thursday’s Bank of England (BoE) policy meeting, policymakers stated that the UK economy could stage a rapid recovery this year and is in a better shape than previously forecasted despite the economic strains of the third national lockdown.

Although the Bank of England refrained from making an upward revision to their growth predictions, they said that the UK’s rapid vaccine rollout had placed the country on track for a robust rebound.

Confidence in the UK economy’s recovery outlook has been reinforced by better-than-expected UK GDP data for January and rising business and consumer confidence.

The UK central bank is set to give a full assessment of its outlook for the UK economy in May. Given that policymakers said they expect inflation to hit its 2% target “swiftly” and shrugged off concerns about rising borrowing costs, investors should remain optimistic.

UK consumer confidence data out on Friday has also shown “green shoots” of recovery, which has offered pound Sterling (GBP) a boost in currency markets.

Pound Sterling (GBP) climbed to some of its best level against the euro (EUR) in over a year on Friday, rallying to EUR 1.1715 in the wake of Gfk’s consumer confidence report.

While the British pound to euro (GBP/EUR) exchange rate has retreated during midday trade, the currency pair remains elevated at EUR 1.1695.

According to GfK, UK consumer confidence was boosted by a 7 point jump in March, up from -23 in February to -16, beating consensus expectations of a rise to -20.

The UK’s rapid COVID vaccine rollout and UK Prime Minister Boris Johnson’s lockdown exit roadmap are being cited as the reason for renewed confidence, with households’ view of their future finances far more optimistic than at the start of the year.

GfK’s client strategy director, Joe Staton, said: “If this improved mood translates into spending, it might help reverse some of the economic damage the UK has suffered.”

Policymakers also signalled a possible upgrade to growth forecasts at the BoE’s next meeting. The minutes, combined with the UK’s progressive vaccination rollout and declining COVID cases, should ensure the British pound vs euro (GBP/EUR) cross grinds higher.

However, the British pound to US dollar (GBP/USD) exchange rate, which is currently trading flat at USD 1.391, could remain under pressure as rising yields have made the greenback more appealing as of late.

News of a vaccine shortage could also trigger some choppy behaviour in GBP exchange rates, albeit most analysts believe any weakness endured will be temporary due to the UK’s improved recovery narrative.

Many economists expect pent-up demand will unleash a spending boom when lockdown restrictions are lifted, and shops, bars and restaurants reopen.

BoE Chief Economist Andy Haldane reiterated his expectations for the economy on Thursday, stating, “I do think more likely than not we are set for a rapid-fire recovery. I think that is coming soon.” Post-Brexit tensions are rising, with the EU accused of creating sustained disruption over Northern Ireland protocol. DUP leader Sir Jeffrey Donaldson has urged the EU to admit that NI Protocol has failed, noting that the bloc’s policy has had a damaging effect on Britain’s economy and the relationship between the devolved nations...
https://www.halofinancial.com/wp-content/uploads/2021/05/Northern-Ireland-protocol-scaled.jpg 1707 2560 Stephanie Wright https://www.halofinancial.com/wp-content/uploads/2020/12/halologo-1.jpg Stephanie Wright2021-07-19 17:53:562021-07-19 17:55:12EU leaders should admit NI Protocol has failed New data reveals that UK payrolls jumped to the highest level since the start of the coronavirus pandemic during June 2021, rising by 356,000. The substantial jobs growth for the UK can be attributed to the rapid economic recovery due to the lifting of coronavirus lockdown restrictions. The UK's economic reopening has also led to considerable wage growth in the three months to May 2021, rising by 7.3%.
https://www.halofinancial.com/wp-content/uploads/2021/07/cytonn-photography-n95VMLxqM2I-unsplash-scaled.jpg 1709 2560 Stephanie Wright https://www.halofinancial.com/wp-content/uploads/2020/12/halologo-1.jpg Stephanie Wright2021-07-16 16:37:372021-08-24 15:43:38UK payroll figures sees record surge in June 2021 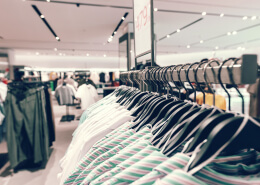 A recent survey of Chief Financial Officers (CFOs) has revealed a shift in business focus, with companies focusing more on investment and growth instead of cost reduction measures. Although risks to the UK economy remain, most CFOs foresee solid growth thanks to COVID vaccine progress. However, inflationary pressures and concerns over easing lockdown restrictions prematurely are weighing on GBP...
https://www.halofinancial.com/wp-content/uploads/2021/07/UK-retails-sales-post-record-growth-scaled.jpg 1707 2560 Stephanie Wright https://www.halofinancial.com/wp-content/uploads/2020/12/halologo-1.jpg Stephanie Wright2021-07-13 17:27:172022-08-11 10:50:40UK’s post-Brexit economy surging ahead of Freedom Day The creative economy describes various activities based on creative imagination, covering various creative industries, from performing arts to architecture. Providing jobs to millions of people worldwide, Deloitte says the creative economy is likely to be a key driver of economic growth as countries re-emerge from the coronavirus pandemic.
https://www.halofinancial.com/wp-content/uploads/2021/07/wesley-pribadi-dyJq7vzPeU8-unsplash-scaled.jpg 1540 2560 Stephanie Wright https://www.halofinancial.com/wp-content/uploads/2020/12/halologo-1.jpg Stephanie Wright2021-07-13 17:05:402022-08-11 10:51:21What is the creative economy 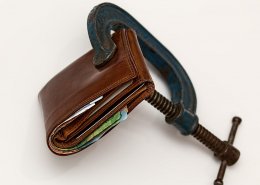 The fears of a double dip recession in the UK appear to be far behind us, with the UK economy growing at a more rapid pace than initially anticipated. The Bank of England (BoE) revised their predictions for UK GDP by 1.5% during June’s monetary policy meeting compared to the previous month. Meanwhile BoE chief economist Andy Haldane says UK inflation could rise to 4% by the end of 2021.
https://www.halofinancial.com/wp-content/uploads/2021/03/credit-squeeze-522549_1280.jpg 976 1280 Stephanie Wright https://www.halofinancial.com/wp-content/uploads/2020/12/halologo-1.jpg Stephanie Wright2021-07-02 16:50:012021-07-02 16:51:21UK bounces back from double-dip recession fears

UK Chancellor Rishi Sunak’s pitch to exclude the City of London from new global corporate tax rules has been approved. 130 countries agreed to a new minimum global corporate tax rate of 15%. Whilst many highlighted that the new rule is a step in the right direction, some have argued that Mr Sunak should have pushed for 21% to help raise further funds for the NHS…
https://www.halofinancial.com/wp-content/uploads/2021/07/joao-barbosa-iSZJxklblkw-unsplash-scaled-e1625229923297.jpg 1000 1500 Stephanie Wright https://www.halofinancial.com/wp-content/uploads/2020/12/halologo-1.jpg Stephanie Wright2021-07-02 13:49:242021-07-02 13:49:24City of London to secure exemption from new global tax rules
Scroll to top