You are here: Home1 / News2 / Overseas news3 / Where are the wealthiest places in the world?

Where are the wealthiest places in the world?

Want to live among some of the wealthiest people in the world? Recent global wealth data confirms that Asia is the place to be.

The increasing power of Asia as one of the world’s wealthiest places is a key theme within Knight Frank’s 2020 Wealth Report.

According to Knight Frank’s Global Wealth Sizing Model, the number of Asian UHNWI (ultra-high net worth individuals) will increase by 44% over the next five years. It’s thought that Africa will follow at 32%, whilst the US will continue to lead through to 2024, with a further 22% joining the ultra-rich. It’s also stated that last year, Asia’s cumulative wealth increased by 11% to $2.4 trillion. China specifically has the greatest number of billionaires with 342, up 20% from last year.

Take a look as we reveal the impressive data concerning the wealthiest places in the world, including the UK, as outlined in the wealth report for 2020.

To illustrate the rise of Asian wealth, by 2024 it’s predicted that 5 Asian countries will see substantial growth of UHNWI. India is set to see growth of 73%, Vietnam 64%, China 58%, Indonesia 57% and Malaysia 35%.

With the global pandemic, trade wars escalating, plus Brexit and a host of other political issues in the UK and Europe, 2020 has seen economic uncertainties rapidly increase.

Despite this volatility, however, the International Monetary Fund has forecast a 3.4% growth for 2021 within the World Economic Outlook report.

Ultra-High Net Worth Individuals take a long-view on investment

Fortunately, Winston Chesterfield, Director of Custom Research at Wealth-X, says that the ultra-rich plan ahead and are often prepared for economic changes and market downturns.

“It is too early to say how UHNWIs will react to the political events so far – but our data show that they tend to take a longer view.

“The vast majority of UHNWIs are entrepreneurs and, as such, have dealt with adverse business conditions before. As a result, they are prepared to take a more balanced view in periods of uncertainty or ambiguity.”

By 2024, it’s thought that there will be 2,616 billionaires across the world, according to Knight Frank’s wealth report. Figures show that Asia is set to overtake North America for new billionaires, with Asia expecting to see 817 and North America, 758.

The Wealth Report indicates that Frankfurt has experienced the biggest rise in property values with a 10.3% increase. Following behind are Lisbon with 9.6% and Taipei at 8.9%.

US to top ultra-rich numbers

The United States is expected to remain the country with the largest numbers of ultra-rich in 2024 but it’s thought that the wealth gap between Asia and Europe will narrow.

Sweden leads the way for the European country expected to see the biggest growth over the next five years with 47%. Romania is expected to see 43%, the UK 31% and Poland at 29%.

Countries set to see an increase in Asian UHNWI buyers

The wealth report outlines five countries which are set to see a big increase in property purchases from ultra-rich Asian buyers. The five countries include the US, UK, Singapore, Australia and Canada.

London has been listed in the wealth report as becoming a property hotspot for wealthy investors in 2020. The report outlines that Maida Vale is an up and coming location for overseas buyers due to its proximity to Paddington Crossrail Station, as well as access to Canary Wharf and Heathrow.

It’s thought that the majority of wealthy overseas buyers will come from across Europe, America and Japan.

A luxury apartment on Elgin Avenue costs around £1million, with large detached homes selling for around £4 million.

Despite Brexit uncertainties and pressure on the pound, London still remains an attractive investment when it comes to luxury property. It’s been confirmed that the French have recently taken over from China, as the number one investor in London property for 2020. The French made up 11% of all transactions involving foreign buyers.

Knight Frank’s Global Head of Research, Liam Bailey, says that price falls, particularly at the top end of London’s property sector, combined with a weakening Pound, have made it attractive for overseas buyers. If UK house values dramatically fall in the event of a no-deal Brexit, as Bank of England Governor Mark Carney has suggested, then overseas investment could rise more significantly.

This is an important benchmark for economic strength.  “Of all the world’s luxury housing markets, none is as globally connected as London, and the super-prime £10m+ market here provides a crucial bellwether for global property investment trends,” says Mr Bailey.

Growing political uncertainty, including Brexit, domestic electoral turmoil and sharp increases in taxation on high value properties have affected investment. A decade ago, stamp duty on a £10 million house was £400,000. Today, it is over £1 million.

“Unsurprisingly, these pressures have acted to slow the top of the London market and for foreign purchasers the weaker pound means effective discounts for dollar or similarly denominated buyers are equivalent to 30% or more. Now, this repricing in the super-prime market is beginning to filter through to improved activity.” Countries fear that they will enter an India-type situation due to the rapid spread of the Delta variant on their territories. Although the acceleration of the global vaccine rollout has prevented hospitalisations and deaths, governments worldwide are considering imposing tougher restrictions to stem the spread of the B 1.617.2 variant which is fast becoming the dominant strain in many countries…
https://www.halofinancial.com/wp-content/uploads/2021/06/UK-US-travel-corridor-unlikely-to-go-ahead-this-summer-scaled-e1624981242714.jpg 1000 1500 Stephanie Wright https://www.halofinancial.com/wp-content/uploads/2020/12/halologo-1.jpg Stephanie Wright2021-06-29 16:48:552021-07-12 15:35:30COVID: Best and worst places to live as the world re-opens 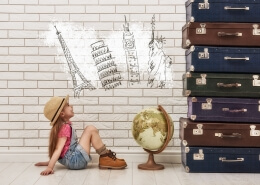 Learning a new language when moving abroad can feel daunting. However there are many language tools available which can help you learn whilst on the go.
https://www.halofinancial.com/wp-content/uploads/2016/02/Woman-talking-with-alphabet-letters-scaled.jpeg 1707 2560 Stephanie Wright https://www.halofinancial.com/wp-content/uploads/2020/12/halologo-1.jpg Stephanie Wright2021-04-23 16:48:312021-04-23 17:22:16How to learn a foreign language when moving abroad in 2021 Want to live among some of the wealthiest people in the world? Recent global wealth data confirms that Asia is the place to be. The increasing power of Asia as one of the world’s wealthiest places is...
https://www.halofinancial.com/wp-content/uploads/2019/11/Guangzhou-China-Halo-Financial.jpg 400 600 Stephanie Wright https://www.halofinancial.com/wp-content/uploads/2020/12/halologo-1.jpg Stephanie Wright2021-03-05 11:13:352021-05-18 16:26:53Where are the wealthiest places in the world? Telecommuting is becoming more popular, with most professionals spending at least half the week working remotely. But some cities are more suitable for global nomads than others. Halo Financial examines three different reports on the best places in the world for entrepreneurs and remote workers.
https://www.halofinancial.com/wp-content/uploads/2019/11/urban-man-using-laptop-while-sitting-on-land-in-forest-remote-working-Halo-Financial.jpg 400 600 Stephanie Wright https://www.halofinancial.com/wp-content/uploads/2020/12/halologo-1.jpg Stephanie Wright2021-03-01 12:42:142021-03-31 13:00:25Which are the Top Cities and Countries to Work from Home in 2021 Support for CANZUK continues to grow and calls for freedom of trade and movement between some of the major Commonwealth countries.
https://www.halofinancial.com/wp-content/uploads/2020/05/kyle-glenn-nXt5HtLmlgE-unsplash-scaled.jpg 1707 2560 Stephanie Wright https://www.halofinancial.com/wp-content/uploads/2020/12/halologo-1.jpg Stephanie Wright2020-12-22 08:42:322020-12-22 16:29:46CANZUK Campaign