Chancellor Rishi Sunak delivered one of the most significant budgets for the UK in recent history.

The House of Commons’ address was highly anticipated by professionals across various industries, all of whom were keen to see how the measures unveiled by the Chancellor would support their post-COVID futures.

Most welcomed Mr Sunak’s latest round of stimulus measures, particularly the UK housing market, as the Chancellor allayed fears of a potential collapse in activity with two new policies in his Budget.

However, with the stamp duty holiday scheduled to expire in March 2021, real estate agents had urged the Chancellor to extend the tax break to prevent a collapse in transactions. Many buyers had told estate agents that they would pull out of sales if they missed the deadline.

During his Budget announcement on Wednesday, the Chancellor extended the Stamp Duty Land Tax (SDLT) holiday and introduced a new Mortgage Guarantee Scheme (MGS) to encourage lenders to offer 95% mortgages to buyers.

So, how the “new normal” work going forwards? Or, at least until the next potential cliff edge occurs, experts warn.

Chancellor Rishi Sunak’s Budget 2021 received widespread support from businesses and individuals for the range of fiscal measures introduced to prop up the economy and protect jobs, families, and livelihoods.

The majority of real estate agents have championed the Chancellor’s stamp duty extension and new mortgage deal, which would allow first-time buyers and current homeowners to purchase property worth up to GBP 600,000 with deposits from as little as 5%.

However, concerns have been raised over whether the stamp duty extension has deferred the “cliff-edge” scenario until later into the year rather than abolish it altogether.

Under the current scheme, introduced last July, buyers purchasing property worth up to GBP 500,000 will not have to pay any SDLT, which spurred demand for UK housing as many people rushed to take advantage of the tax break.

But the property industry has struggled to cope with the demand triggered by the stamp duty holiday, which has caused significant congestion in the housing market. As a result, many housing transactions were unlikely to be completed before the stamp duty deadline.

On Wednesday, Chancellor Rishi Sunak said the stamp duty holiday would be extended in full by three months until June-end and then tapered down to GBP 250,000 until September-end, after which the standard threshold of GBP 125,000 will return.

Mr Sunak said the extension to the property holiday tax should allow more buyers to take advantage of the potential savings and prevent housing market activity and price growth from weakening.

Brian Murphy, Lending Manage at the Mortgage Advice Bureau, said: “Extending the stamp duty holiday until June and then tapering the scheme until the end of September for properties worth up to £250K will mean buyers currently trying to get transactions across the line can breathe easy.”

Mr Murphy added: “It offers some much-needed latitude to the industry as conveyancers have been overwhelmed by the sheer volume of transactions, and so the extension should help ease the current bottleneck the market is experiencing.”

However, questions have been raised over whether the demand expected to arise from the scheme’s extension will keep up with the supply.

Experts have also said that the stamp duty holiday benefits are now being countered by surging house prices, meaning that the savings are making little difference to buyers.

Taking these factors into consideration, Brian Murphy said the Treasury stepped in the right direction by introducing a 5% mortgage scheme and incentivising lenders that offer 95% mortgage deals.

Most banks and lenders had discontinued 5% mortgage deposits amid the COVID pandemic, which dented homeownership. Mr Sunak hopes that the new scheme – which falls in line with UK Prime Minister Boris Johnson’s ambitions to turn “Generation Rent into Generation Buy” – will provide prospective buyers with a significant boost. Familiar with the Help to Buy mortgage scheme, which closed to new applicants on December 15th 2020? The new 5% mortgage deposit scheme announced by the Chancellor in his budget 2021 will replace that.

Unlike the Help to Buy scheme, which was only available to first-time buyers or borrowers purchasing new build homes, the 5% mortgage deal will include all borrower types and property worth up to GBP 600,000.

The scheme is expected to run until 2022-end and is backed by a lengthy list of lenders, who will begin offering 95% mortgages from April.

During his address to the Commons, Mr Sunak said: “Several of the UK’s largest lenders including Barclays, HSBC, Lloyds Bank, NatWest, and Santander will provide mortgages to homebuyers who can only afford 5% deposits.”

Mr Sunak said other lenders, such as Virgin Money, are also expected to offer 95% mortgages later in the year – giving buyers a wider choice.

The Chancellor said the incentivised initiative is being launched because the UK government wants to turn “Generation Rent into Generation Buy.”

The UK government has offered to take on some of the risks of low deposit loans; however, lenders will perform diligent credit checks on borrowers to ensure they are financially capable.

However, some industry officials oppose the new scheme, and several analysts have accused the Chancellor of encouraging young borrowers to take huge risks that could backfire.

Tim Bennett, head of education at Killik & Co, said: “Rishi Sunak’s 5% mortgage deposit guarantee adds more fuel to the property fire and does nothing to solve the issue of a lack of affordable homes.”

Mr Bennett said the move would inflate housing prices by “increasing purchasing power, which can only serve to keep property prices rising, at seemingly almost any cost.”

Several other property professionals have accused the Chancellor of providing buyers and landlords with a false sense of security with these new measures.

Landlords were relieved to find that Rishi Sunak refrained from announcing a Capital Gains Tax (CGT) hike in the Treasury’s Budget.

While some of the fiscal measures introduced had already been leaked, the Chancellor was tight-lipped about future taxation until his Budget announcement. Many feared the Chancellor would raise CGT to 40% for higher rate taxpayers.

Instead, the Chancellor kept Capital Gains Tax out of the firing line and said the CGT threshold would be frozen until the end of the 2025-26 financial year.

LRG National Lettings Managing Director, Michael Cook, praised the Chancellor on his decision regarding CGT as this could have upended the housing market and undermined the rental sector’s flexibility.

Mr Cook said it is excellent news for letting agents and their landlords as “they are key to the vitality of the rental market.”

A CGT tax hike would have been a kick in the teeth for landlords and renters, as many landlords may have felt disincentivised and sold their properties, which would have ousted individuals and families from homes.

However, tax and accounting experts warn that the freeze on Capital Gains Tax could imply that more significant changes are on the horizon.

Rebecca Williams, head of wealth planning at Brown Shipley, expects the CGT freeze – which lasts until April 2026 – will move a significant number of taxpayers into higher tax brackets.

“However, we shouldn’t be lulled into a false sense of security as the Chancellor has not ruled out the possibility of raising CGT rates, and the spectre of alignment with income tax rates is still hovering in the background.”

While the tax freeze would have allowed landlords and renters to let out a massive sigh of relief, there is growing speculation that the Treasury will raise Capital Gains Tax at a later stage. 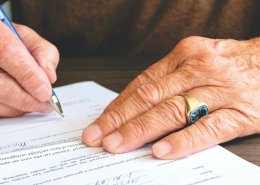 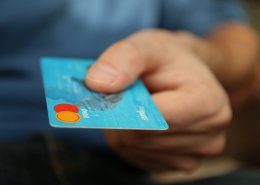