Reading Time: 8 minutes
You are here: Home/News/Properties abroad/Pros and cons of living in Spain: Complete guide

Moving abroad is rarely a straightforward procedure; however, the COVID-19 pandemic has made the process more complicated,  we understand many people may be cautious about taking the leap to live overseas.

However, that doesn’t mean you can’t still plan for a new chapter in your life!

Whether you’re an ex-pat who’s been living in Spain for years, considering relocating for the first time, or want to buy a holiday home – you can still fulfil those long-held dreams.

Despite the disruption caused by the coronavirus, many people are still seeking life in Spain, attracted to its sunnier climes, low cost of living and high-quality lifestyle.

Regardless of whether you’re moving to start a business, for retirement or to enjoy all that Spain has to offer, our guide will walk you through the pros and cons of moving to Spain and how best to manage your finances to avoid loss from currency fluctuations. Aside from its year-round hot climate and better quality of life, Spain is also a popular destination for tourists and expats, particularly for those from the Western world as the culture is relatively similar.

Furthermore, property in Spain is significantly cheaper than in other countries, primarily the UK.

According to Numbeo, the overall average cost of living in Spain is 18.2% cheaper than in the UK, while average rental prices are 33.19% lower, increasing the appeal of life in Spain.

At the time of writing, the British pound to euro (GBP/EUR) exchange rate is trading at EUR 1.1075, meaning the average cost of a house in Spain would save you over GBP 1400.

Aside from noticeably lower property prices, Spain is steeped in history, boasts distinctive cuisine and breathtaking views – making it the perfect destination for all.

How can I obtain Spanish citizenship?

If you’re planning on relocating to Spain, the most common way of obtaining Spanish citizenship is by naturalisation, which can take several months to process.

To obtain Spanish citizenship through naturalisation, you must be able to prove legal residence in Spain for at least ten years, hold no criminal record and pass a Spanish language test and cultural exam.

Though this may seem tedious, once you have become a Spanish citizen, you will be given the right to vote, as well as visit, live and work freely within all EU member states, which is a liberty that the UK citizens may not have post-Brexit.

Those considering applying for Spanish citizenship through naturalisation must do so through the Spanish Civil Registry (Registro Civil).

However, if you’re married to a Spanish citizen and have possessed a legal residence permit for over a year, you can apply for citizenship through marriage. Getting married in Spain

If you’re planning on getting married in Spain, civil and religious ceremonies are recognised as legal in Spain. However, all applications for civil ceremonies must be made through the Spanish Civil Registry or local court.

Whether you are having a civil ceremony or a religious wedding, all foreign documents must be accompanied by an official translation and issued with an Apostille stamp which costs approximately EUR 15 per paper.

Couples considering getting married in Spain will be charged a fee for the relevant paperwork and additional Church administration charges for the religious ceremony.

Although the average cost of getting married in Spain is cheaper than the UK, you must manage your finances and factor in hidden fees when planning the budget for your overseas wedding.

Currency exchange rates are prone to fluctuations due to foreign exchange (FX) market volatility, which could significantly impact the cost of your wedding.

Source a trusted foreign exchange specialist such as Halo Financial, who can mitigate the risk associated with fluctuating exchange rates and offer you invaluable advice on currency movement to ensure you make the most of your wedding budget.

Cost of living in Spain

While the cost of living in Spain differs from region to region, compared to other European countries, living costs are relatively low.

However, if you’re moving to Spain, you will need to change your existing currency into euro’s (EUR). Although banks offer international money transfer services, FX specialists tend to provide more competitive rates and can facilitate foreign exchange transactions with immediate delivery.

As banks charge at the interbank rate, they tend to levy a variety of hidden charges which would significantly impact the value of your international money transfer.

Halo Financial deal with significant sums of money daily and keep their costs and rates competitive to pass the reduction rate onto their clients.

We are authorised by the Financial Conduct Authority (FCA) and offer several currency transfer options, such as forward contracts and spot contracts to protect against adverse exchange rate movements.

As aforementioned, considering the high quality of life in Spain, the cost of living in the country is reasonably low, which makes it an attractive destination for expats.

With that being said, as the cost of living is low, Spain also has relatively low-paying salaries. In 2020, the minimum wage in Spain is EUR 1,108 per month, whereas the national minimum monthly wage in the UK is GBP 1,583.

However, despite the lower working wage which could be seen as a con of living in Spain, anyone working in Spain and contributing to tax will be entitled to free care under Spain’s public healthcare system, which is recognised as one of the best in the world.

Spain boasts a high-quality network of hospitals and medical centres that guarantees universal, free healthcare to all its Spanish nationals.

According to The Global Competitiveness Report by the World Economic Forum, Spain is a world leader in health, and life expectancy in Spain is one of the highest in the world – testimony to its robust public health system and high quality of life.

Anyone living and working in Spain will automatically qualify for state-funded Spanish healthcare, although private insurance plans are also available.

However, anyone moving to Spain after Brexit may not be guaranteed their current rights to healthcare in Spain as this will no longer be protected under the Brexit Withdrawal Agreement. Each country and culture has a unique way of celebrating festivities, and Christmas traditions in Spain vary somewhat by region, with religious and pagan traditions.

However, it is still an extraordinary time of the year, and many Spaniards attend Midnight Mass or ‘La Misa Del Gallo’ on Christmas Eve to bring Christmas Day in.

Christmas trees, lights and elaborate nativity scenes tend to be set up during the first week of December, although the streets of Spain tend to come alive on December 24th.

Most Spanish citizens also take part in a Christmas lottery dubbed “El Gordo”, or “the fat one”, where EUR 2.24BN in prizes was handed out last year.

Unlike other cultures, where Santa Claus is the historical figure of Christmas, Spanish children do not typically expect presents from “Papa Noel” but from the Three Wise Men, who deliver gifts on January 6th.

In Spain, January 6th is considered a more meaningful holiday for the country than Christmas Day, as the day of the Epiphany, which is a cultural tradition in Spain. The Spanish property market encountered some difficulties in 2020 but the demand from British buyers surged during the new year. Foreign demand for 2021 also appears to be on the rise despite COVID-19 and post-Brexit concerns...
https://www.halofinancial.com/wp-content/uploads/2020/04/spain-property-market-coronavirus.jpg 650 1080 soaronline https://www.halofinancial.com/wp-content/uploads/2020/12/halologo-1.jpg soaronline2021-04-13 11:54:432021-04-13 12:33:39Coronavirus: The effect on the Spanish property market 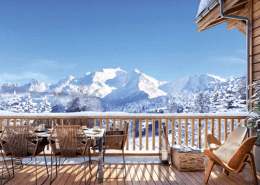 See our latest review of the best places to buy property in Europe. We look again at some European property hotspots and pick out some top tips for the best places to buy European property. The biggest property price increase within Europe this year was seen in...
https://www.halofinancial.com/wp-content/uploads/2019/11/Cover-1.png 405 500 soaronline https://www.halofinancial.com/wp-content/uploads/2020/12/halologo-1.jpg soaronline2021-04-12 11:08:082021-04-13 12:33:04Where to buy property in Europe 2021 With coronavirus travel restrictions still imposed, it can be a challenge to secure the perfect property abroad. Halo Financial explains how to buy a home overseas during the pandemic.
https://www.halofinancial.com/wp-content/uploads/2015/03/Modern-Colorful-Apartment-USA.jpg 1063 1787 soaronline https://www.halofinancial.com/wp-content/uploads/2020/12/halologo-1.jpg soaronline2021-04-07 15:12:172021-04-07 17:42:11Guide to buying property abroad during coronavirus lockdown If it’s in your plans to emigrate to Portugal, our guide includes some essential tips on the cost of living, retiring and obtaining a visa. Download our Free Guide to Emigrating to Europe...
https://www.halofinancial.com/wp-content/uploads/2020/10/Emigrating-to-Portugal-scaled.jpg 1920 2560 simon@soaronline.co.uk https://www.halofinancial.com/wp-content/uploads/2020/12/halologo-1.jpg simon@soaronline.co.uk2021-03-30 15:39:492021-03-30 18:28:21Moving to Portugal: Living, retiring and working in Portugal 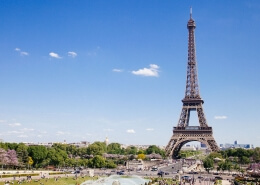 Whether you’re already living in France or considering relocating/emigrating, our useful guide covering healthcare, visas and citizenship will help you settle in France. Download our Free Guide to Living in France
https://www.halofinancial.com/wp-content/uploads/2020/10/Emigrating-to-France-scaled.jpg 1707 2560 simon@soaronline.co.uk https://www.halofinancial.com/wp-content/uploads/2020/12/halologo-1.jpg simon@soaronline.co.uk2021-03-30 13:49:502021-03-30 15:56:00Living in France: Complete guide to moving to France 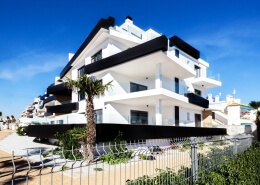 Considering getting married in Spain, or want to know the pros and cons of living in Spain? Read our guide to help you answer any burning questions! Despite the disruption caused by the coronavirus, many people are still seeking life in Spain, attracted to ...
https://www.halofinancial.com/wp-content/uploads/2020/10/Modern-Spanish-Apartments-scaled.jpg 1701 2560 simon@soaronline.co.uk https://www.halofinancial.com/wp-content/uploads/2020/12/halologo-1.jpg simon@soaronline.co.uk2021-03-30 12:37:442021-03-30 19:05:24Living in Spain – Complete guide There has been a significantly high demand for luxury properties in major German cities, with some of the most expensive German homes selling for €16.8million. The impressive sale came in Neuhausen, Munich, but the highest demand from international buyers for luxury German homes is...
https://www.halofinancial.com/wp-content/uploads/2019/11/Sunset-view-on-the-modern-residential-district-Germany-Property-Halo-Financial-600x400.jpg 333 500 soaronline https://www.halofinancial.com/wp-content/uploads/2020/12/halologo-1.jpg soaronline2021-03-30 09:34:532021-03-30 16:00:58High demand for luxury German homes It’s a decade since online short-term rental agency Airbnb was founded, revolutionising the sector. Here Halo Financial explores how property owners around the world have benefited and how home exchange is also becoming popular for those looking to sample life in new countries.
https://www.halofinancial.com/wp-content/uploads/2018/09/Featured-image-scaled.jpeg 1707 2560 soaronline https://www.halofinancial.com/wp-content/uploads/2020/12/halologo-1.jpg soaronline2021-01-08 09:17:002021-03-31 12:59:5211 things you really need to know about Airbnb in 2021
Scroll to top