You are here: Home1 / News2 / Visas3 / What is the Manitoba Provincial Nominee Program?

Manitoba Provincial Nominee Program – All you need to know

The MPNP was first established in 1998 and has been a pathway for over 130,000 immigrants to settle in Manitoba. The program is designed to recruit new qualified foreign workers or eligible immigrants from all over the world.

The MPNP has experienced some changes over the years, known as the ‘MPNP Renewal’. As the program continues to expand, it is currently divided into multiple ‘streams’ and is said to transition even further over the coming years. Who is eligible for the MPNP?

The MPNP is an opportunity for employers based in Manitoba to nominate skilled international applicants to strengthen the labour market. Eligibility for the Skilled Workers Overseas stream is based on applicants having an established connection to Manitoba through:

A Manitoba Supporter is a friend or relative of the applicant and a resident of Manitoba, who can endorse or review their application. The Manitoba Supporter must provide evidence that they have resided in Manitoba for at least a year, providing documents such as a Manitoba Health Card or documents proving the familial relationship.

It is a significant benefit for applicants if they can provide evidence of any previous work or education within the province. Any prior employment within Manitoba must have lasted for six consecutive months. Applicants must also provide a letter from the company, confirming their employment and a copy of the work permit.

For education previously completed in Manitoba, applicants must provide a study permit and copies of certificates, diplomas or degrees.

Applicants may be invited to apply for the program by the MPNP or the Strategic Recruitment Initiative. These applicants must upload a copy of their invitation to the MPNP website, followed by an interview from a program officer.

What is the MPNP application process?

When looking to work or study in Manitoba, applicants must submit an Expression of Interest, which is essentially an online profile. The Expression of Interest consists of a series of questions, for which you will be awarded points. Applicants who score the highest number of points are eligible to proceed to the next stage of the application process.

Some of the factors which are assessed include:

Successful Expression of Interest submissions will receive a Letter of Advice to Apply (LAA). Upon receipt of the letter, applicants will gain access to complete a full MPNP application online. There is a 60-day deadline to complete the application from the LAA’s date, and you will be charged a CAD 500 application fee.

Application to the Government of Canada

Following a thorough assessment of the MPNP application, successful applicants will be asked to complete a separate application to the Canadian Government. This individual application will give applicants access to a visa for permanent residency in Manitoba.

What are the different streams within the MPNP?

The revamped MPNP is due to be split into four different ‘streams’, which will be as follows:

International workers connected to Manitoba can gain access to Manitoba residency through the Skilled Workers Overseas Stream. Within this stream, there are two pathways for residence in Manitoba.

The first pathway is the Express Entry Pathway, which allows the best ranking candidates to enter an ‘express entry pool’. Successful applicants will be awarded 600 points, allowing for fast track application processing.

The second pathway is The Human Capital Pathway, which targets overseas workers who have experience within Manitoba’s in-demand occupations list. In-demand sectors include Health, Business, Finance and Manufacturing.

The Skilled Workers in Manitoba Stream allows skilled workers living in Manitoba temporarily to live in the province permanently.

The International Education Stream allows international students in Manitoba to work and remain in the province permanently. New pathways are being introduced to allow for a faster application process. These pathways include the:

The Business Investor Stream is an opportunity for entrepreneurs looking to start a business within Manitoba to gain residency within the province. These applicants will receive a temporary work permit and must sign an agreement to either purchase an existing business or start a new one within Manitoba. There is also a Farm Investor pathway for those looking to purchase or start a farming business within the province. 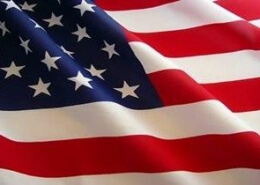